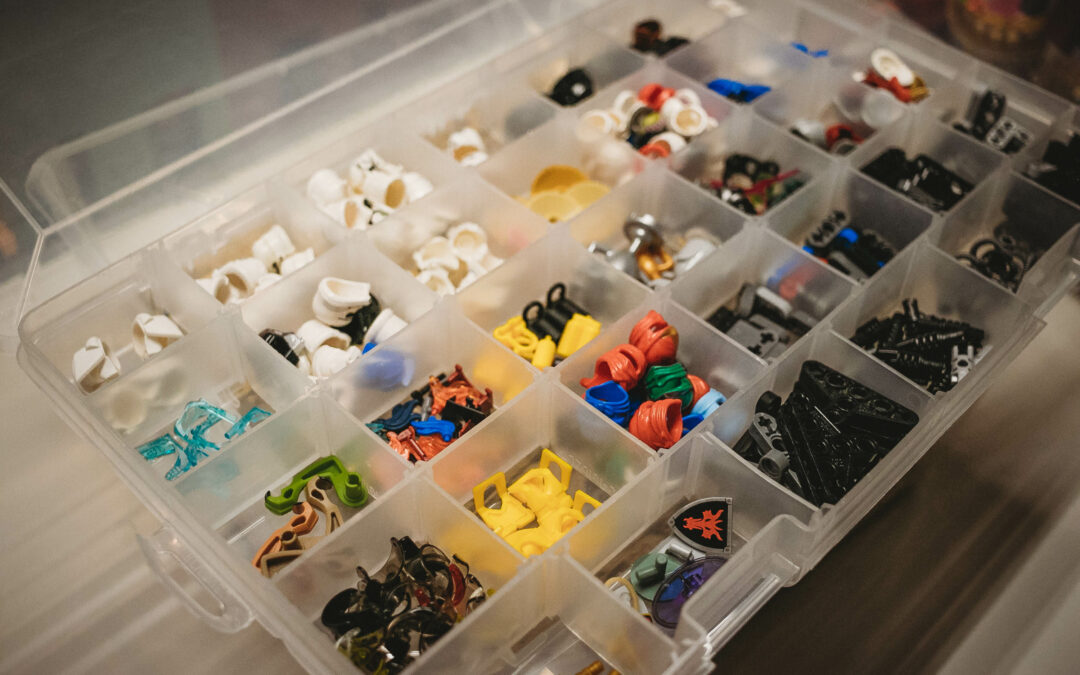 You’ve finally sat down to build your awesome creation.  You grab a few plates, and then end up spending the next few hours looking for just the right pieces. It’s about this time you tell yourself, “Man, I really need to sort these things.”  But where to start? Color, size, type, function, theme? We’ve all been in this position – with so many options, it’s easy to get overwhelmed thinking about LEGO sorting! But fear not, KC Brick Store is here to help! Here are 5 tips to help get you started organizing your LEGO collection.

1. Sort Your LEGO To Suit Your Needs

Sorting your collection will take a lot of time and effort, so don’t sort LEGO for the sake of sorting.  Instead, sort LEGO to make building easier on yourself!

Your LEGO sorting is meant to serve you, so sort for your needs.  For example, if you work a lot with technic builds, you may want to group technic bars and gears by size.  Someone who works more with city models may not care about sorting technic bars, but wants to sort windows and doors.  Each person will have a different grouping method depending on their needs, and that is ok! There is no universal best sorting strategy because of LEGO’s diversity in elements and use cases.  Do whatever works for you!

One of the biggest mistakes I made when sorting my personal collection was sorting pieces into really small groups early on.  I decided to pick out individual elements from a color, separate them into groups by type, and store them in parts organizers.  This led to me forgetting which part organizer housed which pieces.  My over sorting also made it a real pain to sort new LEGO lots.  From this experience, I learned to sort into large groups, then break those down when it makes sense.

My new process is to sort into large groups such as colors, and then sort into smaller groupings when I find myself spending a lot of time looking for a piece.  For example, I had a lot of large black pieces which made it difficult to dig and search through my black bucket, so I moved the larger elements to a separate container.  Later, I was working on a project that required a lot of walls, so I sorted my 1x and 2x bricks into a separate bucket.  A key here was still sorting into relatively large groups – rather than sorting 1x bricks by size into different buckets, they all were placed in one bucket.  This makes it easy to find the bricks you need, but keeping the groups large also makes it easy to maintain the sorting when new lots arrive.

A few months ago, I had finally finished sorting my latest batch of bulk LEGO by color, and a few of my buckets were getting full.  I started on a build when I realized that my tall and relatively narrow container of dark bluish gray pieces was really difficult to dig through.  I could only see a fraction of the pieces, and I kept accidentally knocking pieces onto the ground! After spending more time than I’d care to admit trying to make it work, I realized that I needed to switch to a more shallow container.  Shallow containers give you more surface area, so you can see a higher percentage of the pieces at a given time.  It’s also easier to dig to the bottom of the shallow containers to find those pesky small pieces that hide there!

I recommend these containers from Target.  They are shallow enough to be easy to dig through, but deep enough to store a good amount of LEGO.  They are clear and stackable, making it easy to store them and still be able to see what is inside them.  As an added bonus, they also fit perfectly on the Kallax shelf from IKEA as shown in the photo below! 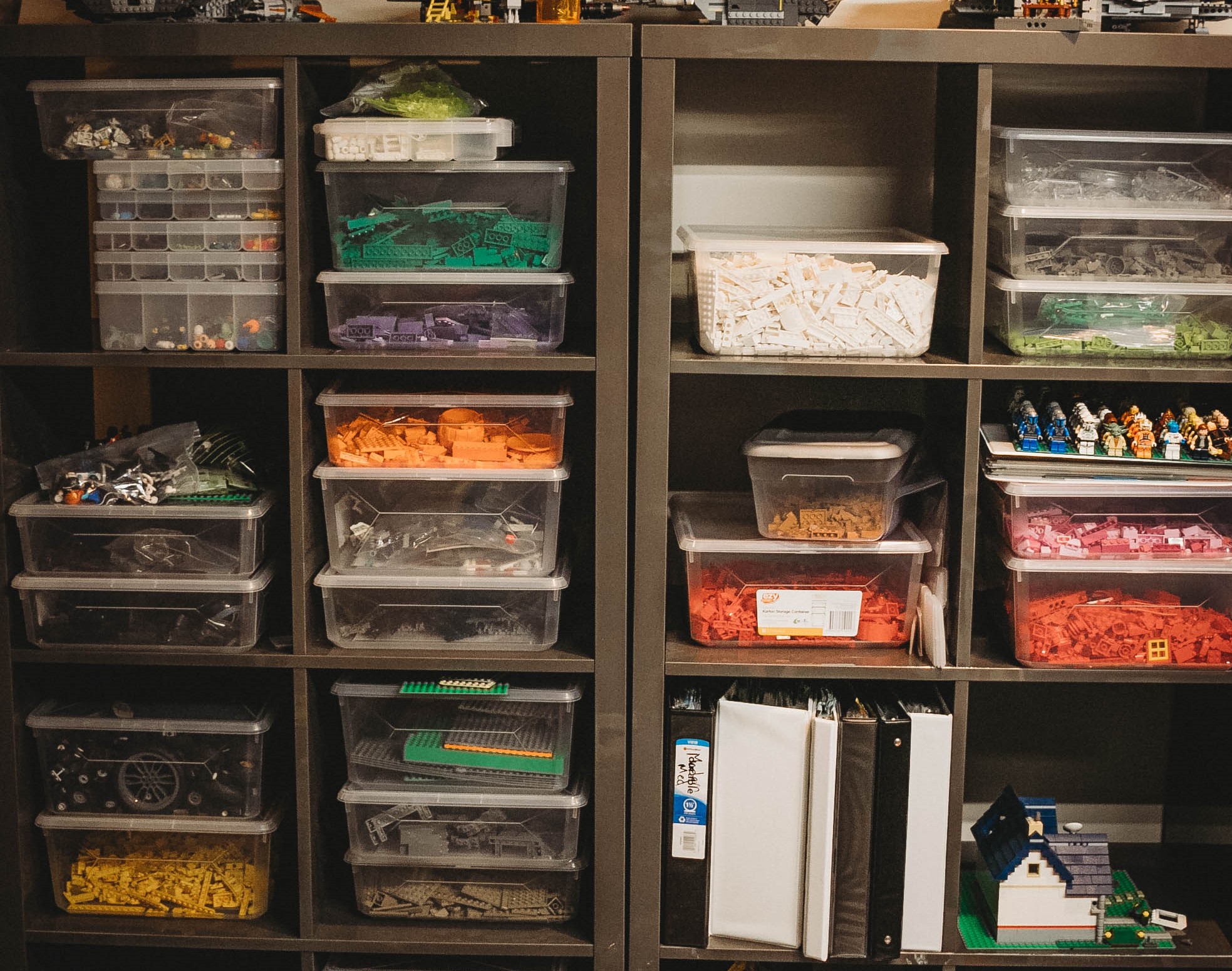 If you are sorting by size, an aid such as a sorting sieve can be very useful.  While LEGO’s official sorting head is no longer produced (and thus very expensive), there are several third party options like this option from Box4Blox.  There are also many instructions for creating your own, such as this one made out of fishing wire and a wood frame.

Sieves or sifters can be very helpful for sorting by size, and some LEGO users swear by them.  However, they aren’t much help for sorting by color, so I haven’t used these a lot in my personal sorting.

5. Pace Yourself When Sorting

Rome wasn’t built in a day, and your LEGO collection won’t be sorted in one either! LEGO is meant to be fun and creative, so don’t let yourself get bogged down sorting and forget to build.  Set a goal to sort 1 container’s worth of bricks a week (or a month), and be sure to continue building.  This serves two main purposes:

There you have it! These 5 points will help you along your journey to have a LEGO collection that is tailored to suit your needs. Just remember, LEGO sorting is meant to make your life easier, so do whatever works for you!

Keep up to date with upcoming events and the latest LEGO news and tips!